Cutts has confirmed that the Panda Update, released February 2011 to prevent poor quality content from obtaining high Google rankings, is being updated monthly but rolled out slowly, roughly every 10 days. Some SEO’s are calling this the Panda Dance as an  allusion to the Google Dance, which is a reference to the shift in rankings that occurred every time Google made an update to its algorithm.

Cutts also announced the launch of a global effort to target traditionally “spammy queries” such as payday loans and pornography. This movement did not take too well with some black hatters nor hackers who violate online security for personal gain. So much so that one UK hacker bypassed the Google update to make a point. 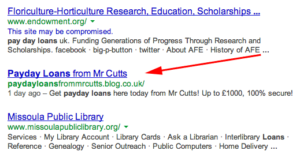 Though one hacker may have gotten his laughs, the update has proven to be effective for the most part and has caused quite a stir in some black hat forums like blackhatworld.com.

The updates, which will be rolling out over the next couple of months, are intended to clean up the search engine of spammy or untrustworthy sites and should not affect rankings for reputable sites.

Those included in your email

Why Every Marketer Should Invest In a Camera

Copyrighted images. For content-creators who frequently embed images on web-pages, consider investing in a quality, professional camera. This will prevent…

On Monday, Twitter announced it had enhanced its Ads Editor by adding a new component to its ad structure. Previously,…

Does it really surprise you? In June of 2013, Facebook boasted an astonishing 1 million “currently active” advertisers on the…

In 2013 it felt like I learned something new everyday. Really, ask my team, those poor unfortunate souls had to…